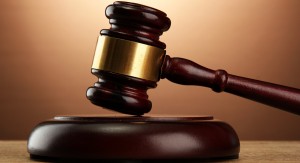 An Ikeja High Court on Tuesday remanded a 52-year-old Pastor, Peter Nwogu, in prison for allegedly defrauding some accommodation seekers of N52.3 million.

Justice Sedoten Ogunsanya remanded Nwogu in Kirikiri Maximum Prisons after his arraignment by the Economic and Financial Crimes Commission (EFCC).

The accused had not filed his application for bail when the case came up.

The EFCC Counsel, Mrs Olubunmi Bosede, said that the accused committed the offences between July and August 2013 in Lagos.

Bosede said that the accused placed advertisements for lease of properties in some national newspapers using his outfits, Christian Defence Fellowship and Business Defence Solutions Ltd.

She said the accused posed as the owner of the properties situated at No. 6, Gerrard Road Ikoyi and No. 6, Olawale Dawodu St., Ikoyi, Lagos.

The prosecutor said Nwogu obtained N52.3 million from an estate agent, Mrs Vivian Obinabo, under the pretext of leasing the said properties to her clients.

According to her, the offences contravene Section 1(2) of the Advance Fee Fraud and Other Fraud Related Offences Act of 2006.

The News Agency of Nigeria (NAN) reports that the offence of obtaining by false pretences attracts a minimum of seven years imprisonment.

Nwogu, however, pleaded not guilty to the charge.

The case was adjourned till April 29, for trial. [NAN]