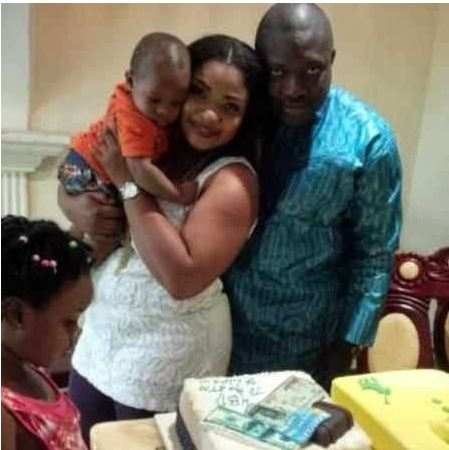 According to a statement by EFCC, Alhaji Oriowo popularly called ATM is wanted in connection with a case of criminal conspiracy and obtaining money under false pretence.

Read EFCC’s statement below:
“The public is hereby notified that Alhaji Muttairu Babatunde Babaegbe Orilowo, whose photograph appears above, is wanted by the Economic and Financial Crimes Commission (EFCC) in connection with a case of Criminal Conspiracy, Obtaining Money under False Pretences and Stealing. Dark complexioned Orilowo is 47 years old, 5.7 Feet tall and has brown eyes. He speaks English and Yoruba fluently.  His last known address is No. 1 Otunba Adeniyi Street, Papa-Epe, Lagos’’, the statement read.

It would be recalled that Laide Bakare’s marriage to Alhaji Oriowo last year was surrounded with so many controversy.

Laide Bakare who gave birth last year to a baby boy for her new husband, Alhaji Oriowo was said that havedumped her estranged husband, Mr Olumide Okunfulire, the father of her first child, Similoluwa after using him to get a green card.

With the estranged husband claiming he’s the father of her second child and not the new husband, also threatened to have her arrested. Of course Laide Bakare did not keep silence on the issue while exonerating herself, lambasted her ex, revealed some shocking details about their marriage.