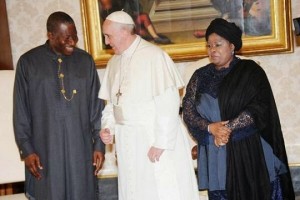 President Goodluck Jonathan, his wife, First Lady Dame Patience and his entourage on Saturday arrived Vatican City for a meeting with Pope Francis and Monsignor Pietro Parolin, the Vatican’s Secretary of State.
The President will leave Italy for the Netherlands after conferring with the Pope and he is scheduled to lead a high-powered Nigerian delegation to talks on Sunday with the Dutch Prime Minister, Mr. Mark Rutte and senior officials of the Dutch Government before the opening of the Nuclear Security Summit on Monday 24th.
More photos below: – 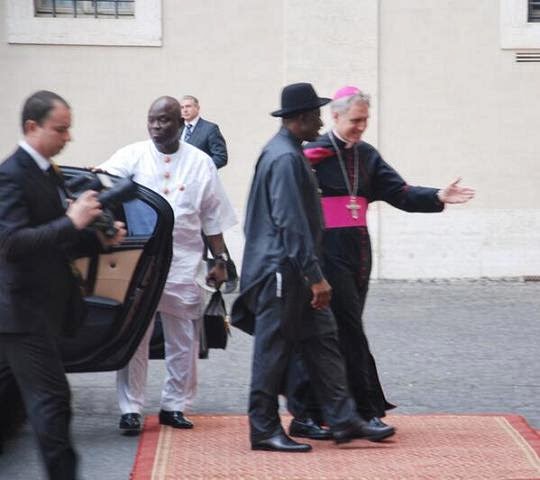 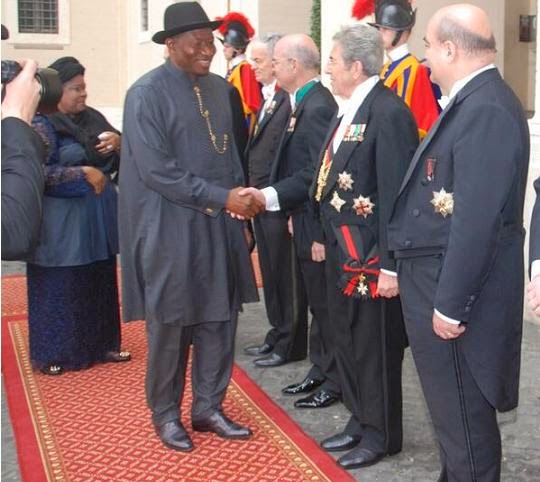 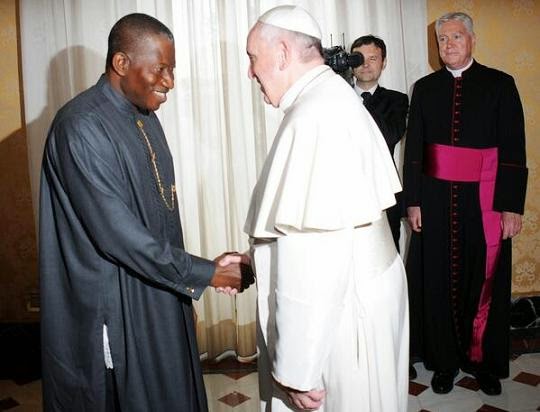 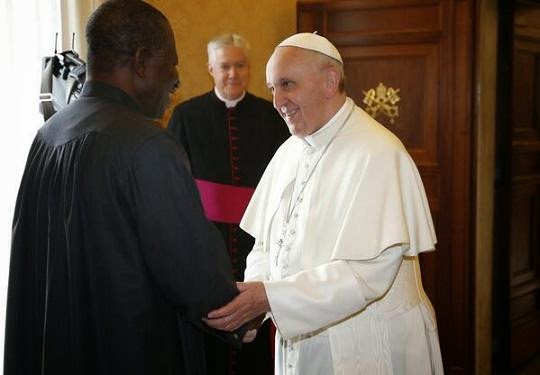 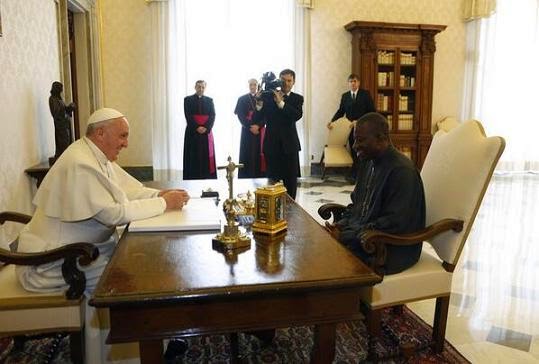 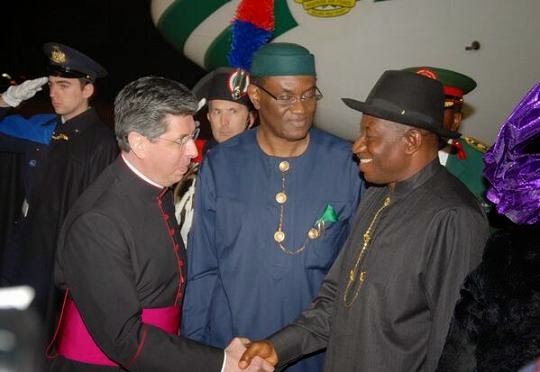 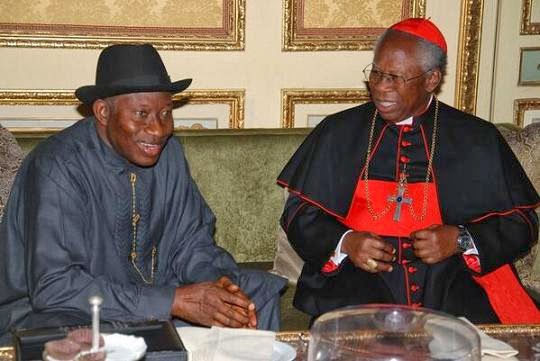 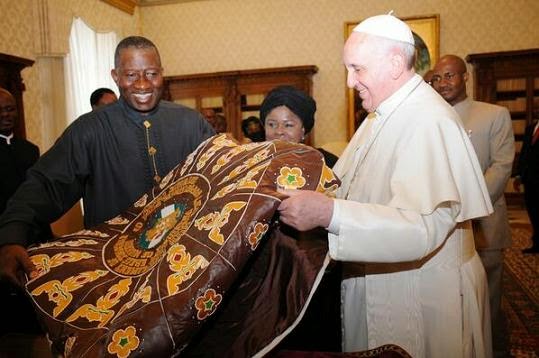 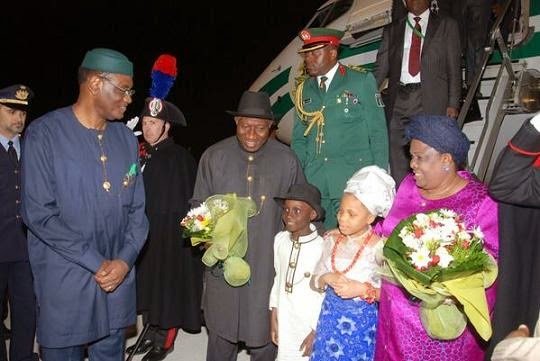