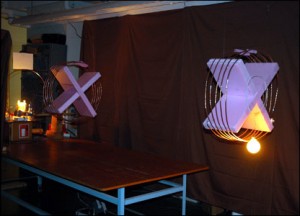 In a few years, you may never have to worry about manually charging your cell phone or paying for gasoline again.

Wireless electricity isn’t a new concept – it was publicly demonstrated over 100 years ago by Nikola Tesla – but has remained elusive in broad commercial applications.

However, a startup company says they are working to change that, with a business model that could make portable power commonplace.

“We’re going to transfer power without any kind of wires,” Dr. Katie Hall, chief technology officer of WiTricity,told CNN. “I can’t even imagine how things will change when we live like that.”

WiTricity CEO Eric Giler demonstrated the company’s technology during a TED talk, in which he explained, “This all came from a professor waking up at night to the third night in a row that his wife’s cell phone was beeping because it was running out of battery power. And he was thinking, ‘With all of the electricity that’s out there in the walls, why couldn’t some of that just come into the phone so I could get some sleep?’”

A team of MIT professors then developed what they call “resonant power transfer,” in which a power coil is able to wirelessly transfer electricity to another device containing a similar coil set to the same frequency.

The MIT group was first able to demonstrate the technique in 2007, which led to the formation of WiTricity. Since then, the company has conducted several public demonstrations, where they have used the technology to wirelessly power objects such as batteries, LED lights and cell phones.

“We’re not actually putting electricity in the air. What we’re doing is putting a magnetic field in the air,” Hall told CNN. “When you bring a device into that magnetic field, it induces a current in the device, and by that you’re able to transfer power.”

Wireless electricity is widely considered to be safe , but WiTricity and other companies developing similar technology are still trying to find effective ways to efficiently transfer electricity over longer distances.

Other companies are developing their own wireless electricity devices as well. For example, in February,Toyota announced it began testing a wireless recharging station for its hybrid cars in which the vehicle would power up by parking over a charging pad on the ground.

Giles says that if the hurdle of transferring electricity over greater physical distances can be crossed, then wireless electricity would quickly replace the world of cables. And after the technology is in place, manufacturers would then have to install the equipment allowing for the wireless electric transfer to take place.

It would not only free up literal space but could potentially reduce pollution, eliminating the need for disposable batteries. It’s estimated that in the U.S. alone hundreds of thousands of disposal batteries are thrown away each year. Giles says that the current 50 percent efficiency of wireless electricity transfer already greatly exceeds the capability of standard commercial batteries.

Hall says the next big project for her company is working with a medical technology manufacturer to develop a heart pump that recharges without cables.

“Kids will say, ‘Why is it called wireless?'” Hall said. “The kids that are growing up in a couple of years will never have to plug anything in again to charge it.”