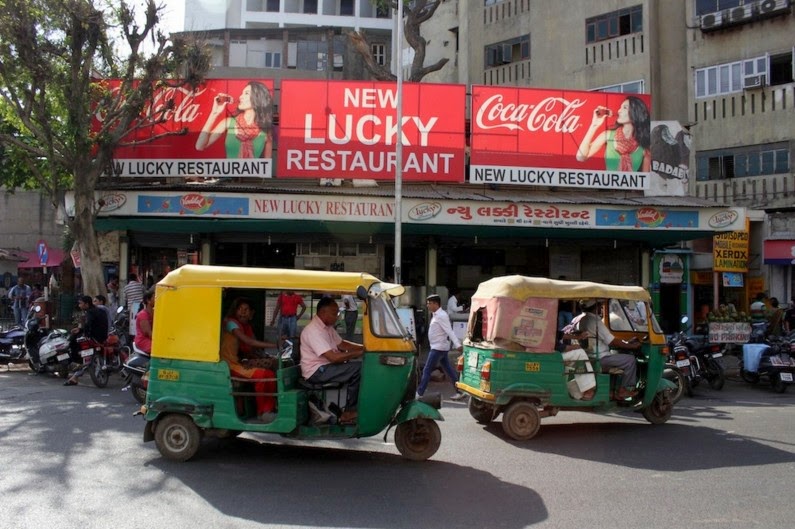 An Indian restaurant is letting customers dine with the dead after they built their business around an old graveyard.
And the owner of the eatery in Ahmadabad, India says the graves are great for business.
The New Lucky Restaurant features tables scattered around real coffins which date back to the Muslim cemetery on which the café was built.
Owner Krishan Kutti decided to preserve the graves rather than ripping them out to make way for his restaurant. 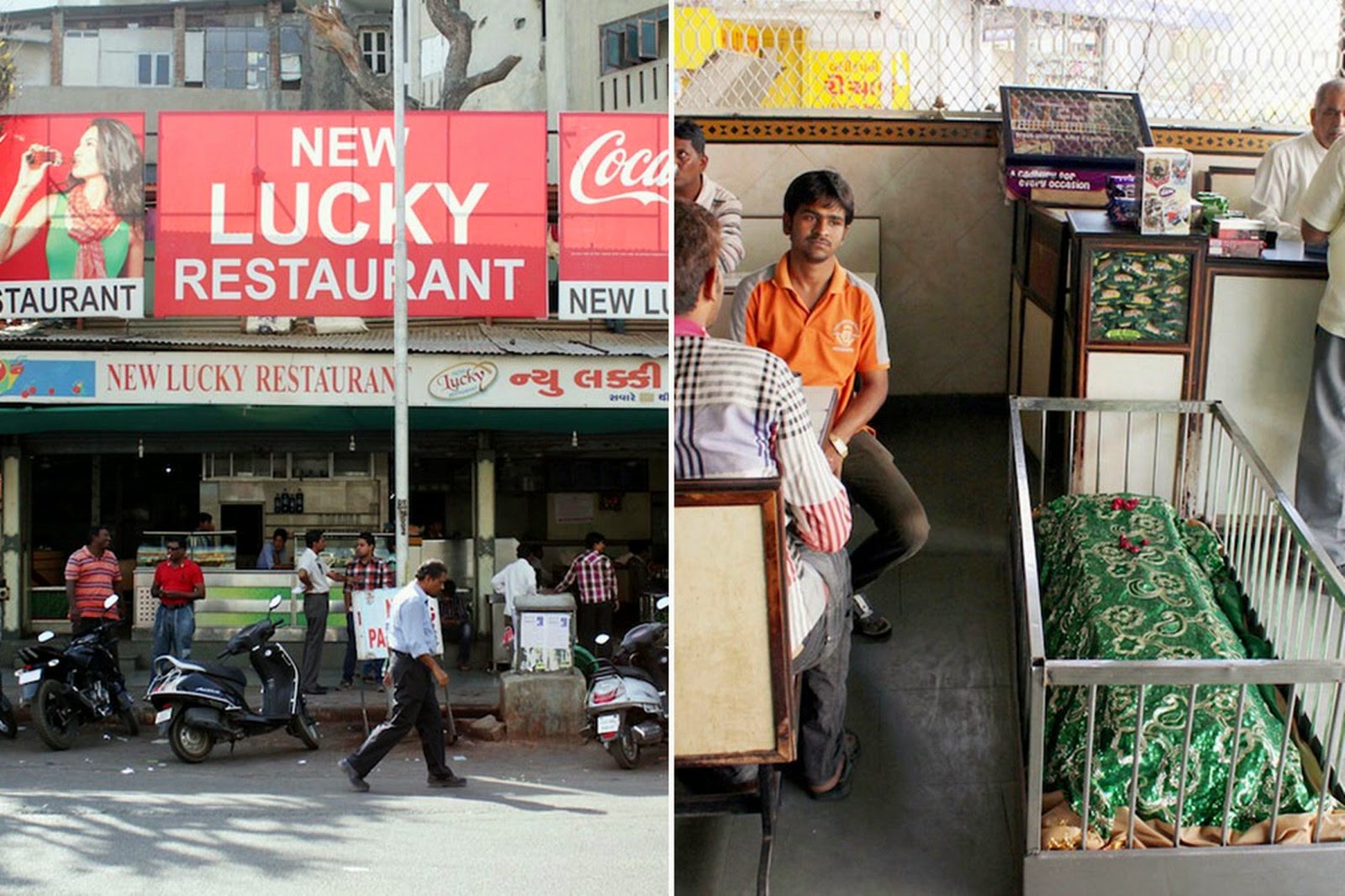 But despite the ghoulish interior, the restaurant has become a popular hang-out.
Kutti said: “The graveyard brings good luck. Our business has been flourishing because of these graves. It gives people a unique experience.
“We have maintained the graves as they were. Our customers don’t seem to mind.”
But Kutti has little idea who the graves belong to.
Some locals claim they contain the remains of followers of a 16th-century Sufi saint whose tomb lies nearby.
Around a dozen graves lay inside the restaurant, and have been sealed off by iron grills.
Every morning, when the shutters of the restaurant are pulled up, waiters spend some time wiping the gravestones and decorating them with fresh flowers.
“We begin our day by paying respects to the graves. We wipe them and cover them with cloth and also shower flowers on them. It is important to respect the dead,” said Kutti.
Customers, on the other hand, don’t seem to concerned about the presence of the dead. They just come to relish tea and butter rolls.
AdvertisementABUJA DOCTOR REVEAL THE UNIQUE WAY TO PERMANENTLY CURE WEAK ERECTION, SMALL AND SHAMEFUL MANHOOD AND INFERTILITY ISSUES WITHOUT SIDE-EFFECTS WITHIN SHORT PERIOD!! DON'T BE A VICTIM!! Click Here for More Details