Actress Eniola Badmus, who is presently in New York seems to be having a nice time.

She is reportedly shooting a movie with Laide Bakare in in Baltimore Maryland.

She shared the photo below, looking trim. 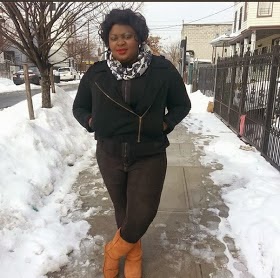 Eniola Badmus is a known face in the Movie Industry, well known as “Gbogbo big girls” gotten from a popular character she played in the Award-Winning Yoruba Movie, ‘Jenifa‘.

She looks like she lost some weight, don’t you think so?