An airline pilot, Michael Pascal, has been caught groping a 14-year-old girl inside a plane. 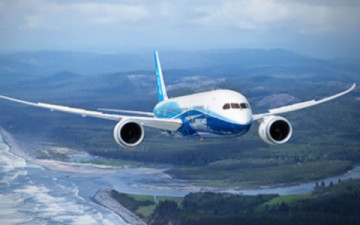 Reports say accused was convicted this week of two counts of abusive sexual contact for groping the 14-year-old victim while he was a passenger on a flight from Detroit to Salt Lake City last year.

Pascal, who has homes in Park City, Utah, and Texas, was found guilty Thursday by a jury after a three-day trial in U.S. District Court in Salt Lake City.

The girl told investigators that she woke up from a nap on an Oct. 26 Delta Airlines flight and found Pascal’s hand under her, gripping her buttocks. She was sitting next to a window, and Pascal was in the middle seat.

Pascal, 45, who worked at the time as a pilot for a regional airline carrier that contracts with Delta, told investigators he fell asleep with his hands in his lap and doesn’t know how one ended up underneath the girl.

He’s scheduled to be sentenced July 29 and could face up to five years in prison.

The girl told authorities she elbowed Pascal after waking up with his hand underneath her and said, “What the hell are you doing?” court documents show.

She says Pascal pulled his hand out from under her and said, “I’m sorry, I’m sorry, I was asleep, I have to use the bathroom.”

She said the armrest that she had pushed down was in the upright position. Pascal said he pulled up the armrest between him and the girl because the man on the other side of him was taking up a lot of room, according to documents.

The girl, who was flying alone, told flight attendants what happened and changed seats. She maintained Pascal was “clearly awake” and put some of his body on her.

Pascal’s attorney, Rhome Zabriskie, has said his client was in shock about being charged. He has a teenage daughter of his own, Zabriskie said, and any touching that occurred was inadvertent.