Unknown gunmen have murdered at least six people in two villages of Agatu local government area in Benue State, barely a day after gunfire at a local market in the area claimed multiple lives. 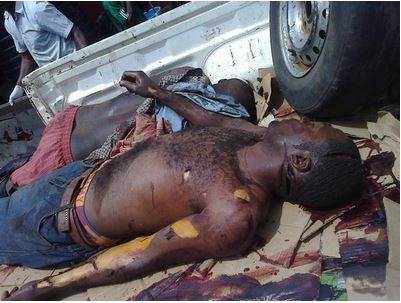 According to the reports by Daily Trust, suspected herdsmen have also blocked the Makurdi-Lafia highway and conducted search on the vehicles passing-by the route. The trouble makers forcefully drag down Tivs and unleashed terror on them.

The state commissioner of Works, John Ngbede, who hails from Agatu LGA confirmed that six people were killed in Enjila and Ogbagaji, headquarters of the council, on March 26, 2014, Wednesday.

The police confirmed the incident, however did not announce the number of victims. More security operatives have been deployed to the area to restore normalcy on Makurdi-Lafia highway.

The security operatives explained that some people were attacked and killed in their farms, while others met their untimely death in the hands of their assailants between the two villages.

Benue state is in need for deployment of additional security personnel, as the state has come under severe attacks since the beginning of this week.

It would be added that Benue people are worried that their governor is missing, fear that Gabriel Suswam might have abandoned them.