On Friday evening, armed men suspected to be soldiers raided one of the residences of Major Hamza Al-Mustapha (rtd.), former Chief Security Officer to the late Head of State, General Sani Abacha. 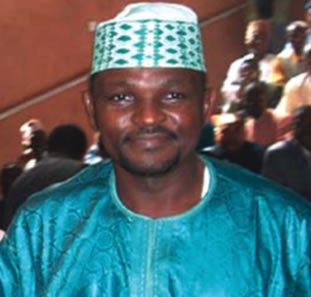 The heavily-armed men who reportedly came in trucks and tanks allegedly cordoned several streets leading to the house located at Durbin Katsina, Kano metropolis, and seized the occupants who were mostly women and children in an operation that lasted an hour.

Witnesses said the ‘soldiers’ came in trucks and tanks and, immediately they gained entrance into the building, ordered everyone around to lie flat on ground and, at gunpoint, conducted a thorough search of the building.

“One Abubakar, reportedly a cousin to Major Al-Mustapha, was maltreated by the troops. He is recuperating at a private hospital,” a witness recounted.

The witness revealed that the wife of Al-Mustapha’s brother, Hadi, was forced at gunpoint, to conduct the soldiers round the building, adding that the traumatized housewife was taken to the hospital shortly after they left.

It was gathered that the invading forces were not friendly, not even the children were spared as the house was ransacked inside-out, all in the name of searching for a “cache of arms”.

The source added, “The same treatment was meted to those outside. I heard their leader, a colonel, during a telephone conversation, telling the person at the other end that they had not found anything incriminating and that it seemed the information they had was not accurate.”

Speaking on the development, Hadi disclosed that the family was evaluating the damages done by the men, stressing: “We intend to come up with details of what happened and the action to follow in due course.”

The outgoing military spokesman in Kano State, Captain Ikediche Iweha, while reacting to the story, declared: “We don’t invade houses. If the story you are telling is correct, then it must be the usual routine checks. In any case, give me time to verify the matter and get back to you.”