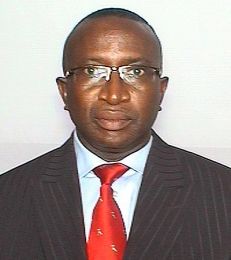 Senate Leader, Victor Ndoma-Egba (SAN), has charged northern leaders to emulate their compatriots from the Niger Delta and initiate negotiation with members of the dreaded Boko Haram sect.

The Niger Delta leaders had gone to the creeks – the strongholds of militants – to plead with them to drop their armed agitations and embrace dialogue with the Federal Government.

Ndoma-Egba stressed that the belated condemnation by the northern leaders of attacks by the insurgents was not enough.

“Once political, religious leaders and the elites in the north go into negotiation with the terrorist group, the end to insurgency will come”, the Senate Leader stated in an interview with newsmen in Calabar, the Cross River State capital on Monday.

He also appealed to the insurgents to lay down their arms and go into dialogue with the authorities.

Ndoma-Egba, who represents Cross River Central in the upper chamber, noted that those who have taken up arms against the state were not ghosts hence their kinsmen should reach out and convince them to a dialogue to ascertain their grievances and what should be done.

He lamented that the onslaught in the North East was getting out of control and capable of escalating a development he noted would create more problems for the country.

“One of my colleagues, Senator Brigidi gave up his re-election bid to negotiate with the Niger Delta militants. He was the go-between government and the militants. It is to his credit that the militants embraced the amnesty announced by the Federal Government. And today there is peace in that region.

“I expect leaders in the north to do the same. They should go beyond condemnation. Let them look for leaders of this notorious sect by negotiating with them. The killings they carry out have become unbearable.

“We watched a video footage by personnel of the State Security Service and saw how Boko Haram members were slitting the throats of policemen. One policeman fainted before it got to his turn”, he said.

Ndoma-Egba said it was wrong to put the blame for the escalating insurgency entirely on President Goodluck Jonathan, adding that security business should be everybody’s concern.

The Senate Leader also challenged emirs, district heads, political office holders, youth leaders, women leaders to rise to the occasion by fishing out the terrorists and talking to them with a sense of patriotism.

He also called on Nigeria’s neighbours to join in the campaign against terrorism as the menace knows no borders, adding that it will soon get to a point when Nigeria will resort to the doctrine of hot pursuit to track down those, who kill or maim and make the neighboring countries their safe haven, as a means of checking the menace.