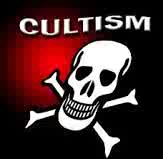 An eyewitness who craved anonymity said that the four suspects who were students of one of the tertiary institutions in the town had stormed the area in search of one of the victims.

“They came to the neigbourhood of their victim searching for him, the moment they sighted the young man, they shot him severally on the chest, and in their bid to escape from the scene, an elderly man who should not be less than 60 years accosted them, they immediate shot him also.

“After killing the duo they hurriedly fled the scene screaming fulani, fulani; as bait to escape; their shout actually created confusion among the people and everybody scamper to safety while they escaped.

“After the confusion we discovered that they shot two persons; neighbours mobilized and rushed them to the Federal Medical Center, Makurdi where they were certified dead”.

Confirming the incident to Journalists yesterday, the state Police Commissioner, Mr.Adams Audu said that his men were on the trail of the perpetrators of the dastardly act, assuring that they would soon be apprehended.

Audu who cautioned criminally minded youths in the state to desist from using the fulani insurgence in parts of the state as bait to perpetrate crime, urged religious and traditional leaders to educate and sensitize the people to discountenance such false alarm and rumor.

“We are certainly doing everything possible to ensure that cases of attacks on Benue farmers by herdsmen is checked but we plead that people do not create unnecessary fear on the people with such false alarms”.