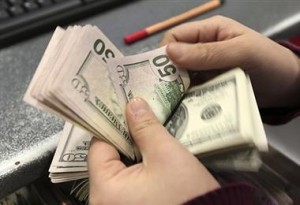 Authorities say a Georgia teen is under arrest and accused of spending about $25,000 that a bank accidentally deposited into his account.

He faces a charge of theft by taking. A home phone number for Fields could not be located, and it was not immediately clear whether he had an attorney.

The department says a teller at a bank in Hull inadvertently deposited a check for approximately $31,000 into the wrong account. Authorities say the money was spent on purchases at a car dealership, various stores and a fast-food restaurant.

Authorities say there was an effort to come to an agreement between Fields and the bank and that Fields said he couldn’t repay the money.