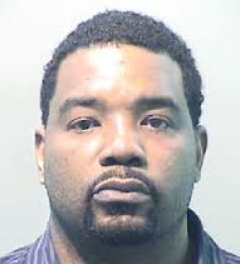 A Detroit police officer is accused of raping a woman who had called 911 to report being assaulted by her boyfriend.

A 31-year-old woman told investigators that after the officers arrived at her home, she was taken to an upstairs bedroom by one while the other remained downstairs with her boyfriend. The woman said she was sexually assaulted in the bedroom by the officer, who told her he would return later that morning, prosecutors said.

“This is the type of misconduct that should never happen,” Craig said. “This does not reflect the work the Detroit Police Department does each and every day.”

Nunlee has been with the police force since 2008. He is suspended without pay and faces an April 17 preliminary examination.

Nunlee is the third Detroit officer in recent days to face charges:

– On Wednesday Officer Johnny Ray Bridges, 47, was charged with unlawful imprisonment, assault with intent to do great bodily harm, domestic violence and reckless discharge of a firearm in connection with the assault of a 31-year-old woman Monday. He has been suspended without pay, Craig said.

– Officer Dana Bond, 41, is facing misdemeanor charges of high blood alcohol content, failure to stop at the scene of a personal injury accident and failure to stop at the scene of an accident with property damage. She is accused of driving while intoxicated and getting into an accident on Sunday. Bond was already suspended without pay at the time of the accident because she is facing retail fraud charges, accused of stealing wine from stores in Detroit.