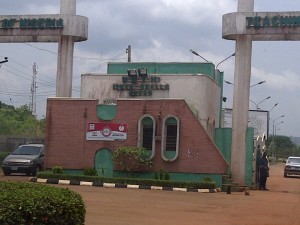 No fewer than 40 patients suffering different kinds of heart diseases have undergone successful open heart operations at the University of Nigeria Teaching Hospital, (UNTH), Ituku-Ozalla, Enugu State in the last one year, according to Chief Medical Director (CMD) of the hospital, Dr. Chris Amah.

He said this while conducting some reporters round the cardio-thoracic theatre where both foreign and local surgeons are currently conducting open heart operations on not less than 18 patients from across the country, that the hospital has succeeded in reducing burdens in several families.

The procedure is said to have been subsidised from the original N1.8 million per surgery to about N1 million for adults and N500, 000 for children.

The CMD disclosed that UNTH was in 1986 designated as centre of excellence for cardio-thoracic surgery having performed the first open heart surgery in sub-Saharan Africa in 1974.

“Last year, precisely March, 2013, by the Grace of God and by the spirit of team work, we were able to reactivate the open heart surgery programme, which disappeared from here apparently some ten years before,” said Amah.

After quite a lot of preparations we were able to take off. Between March and now, this ongoing one is the fifth mission we are doing and we have operated on 40 persons all together. The last one was in December, we did 11; in this one now we have shortlisted about 18 persons both adult and children and there are many more patients pressing to be enlisted,” he said.

Amah stated that the programme was reactivated in line with the transformation programme of the present administration in the health sector, noting that medical tourism has become a huge embarrassment to the country, hence the need to reverse the trend particularly on heart related ailments.

He stressed the need for adequate funding from government at all levels and public spirited organisations and individuals in order to sustain the programme.

According to him, the programme was not only providing treatment to patients but also teaching and training opportunity to Nigerian doctors who would in turn take over when the foreign collaborators would have gone.

Also speaking, the leader of the foreign medical team, Dr. Onyekwere Nzewi of Save-a-heart in Nigeria Foundation, a non- governmental organisation based in the United Kingdom, stated that cases of heart diseases in Nigeria were reaching epidemic proportion due to westernised feeding habits.

Nzewi, an indigene of Nnewi , Anambra State, who once trained at UNTH before his sojourn abroad, said that there was urgent need for increased funding of the programme by Nigerian government in other to increase the number of patients being treated through open heart surgery, adding that with proper funding, UNTH alone can carry out 250 open heart surgeries in one year.

He advised Nigerians to go back to eating natural African foods to guard against heart diseases, saying that the main cause of heart diseases is consumption of artificial or canned foods.

“Our organisation is registered for the sole purpose of helping, not only coming to do cardiac surgery, but our main aim is to train the locals to be self-sustaining and be able to do the operations themselves, and it is only when they are able to do it themselves that the cost will come down and it will be sustainable,” he said. [TD]