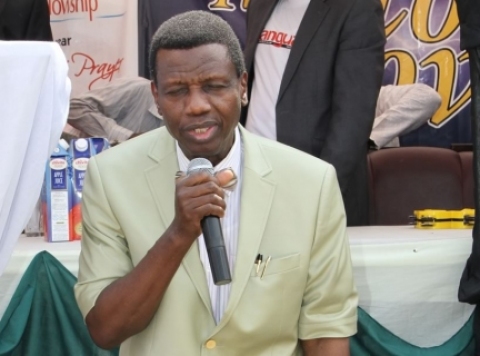 The General Overseer of the Redeemed Christian Church of God (RCCG), Pastor Enoch Adejare Adeboye, has called on Nigerians not to lose hope, as the country would be great again.

The popular preacher spoke on Sunday at his 72nd birthday message at the national headquarters of RCCG in Ebute-Meta, Lagos.

According to Adeboye, no matter what the nation was going through, it would be great again.

Speaking through his Special Assistant on Administration and Personnel, Pastor Johnson Odesola, Adeboye noted: This year,“2014, is a glorious one and a new beginning for as many that will put their trust in God and not in man in the face of the challenges facing the country”.

He decried the insurgency in some parts of the North, which has led to the killing of innocent people, saying: “We cannot agree to the terms of Boko Haram, as the condition that Western education is a sin is terrible. But let us hear them out while we also apply the use of force to curb attacks on innocent people”.

Adeboye predicted an end to the Boko Haram insurgency, noting that Nigerians in the past experienced religious crises and God intervened.