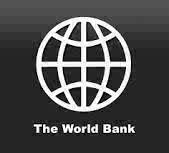 Global lender, World Bank’s Board of Executive Directors has approved the sum of $200 million to support Lagos State for the ongoing reforms pertaining to fiscal sustainability, budget planning, budget execution, and the investment climate  in Lagos State.

The first in a proposed series of two development policy operations, the donation builds upon the policy reforms initiated under a previous Bank supported program.

World Bank said that over the last decade, Lagos State has undertaken a wide range of reforms that have improved governance, reduced crime, and helped to bring millions out of poverty.

According to the World Bank, the goal of this program is to assist Lagos State in sustaining the strong momentum it has achieved in improving public services, facilitating inclusive growth, and reducing poverty.

“This includes measures to monitor and manage financial risks more effectively, ensure adequate growth in revenues, get better value for money in public expenditures, and improve institutions and processes for land registration and development permits”.

World Bank Country Director for Nigeria, Marie Francoise Marie-Nelly, said, “Lagos State has sustained rapid growth and achieved what many would not have believed possible, and has managed to reduce its poverty headcount from 57% in 2004 to 23% in 2010.

“However, it still faces significant challenges going forward in sustaining its economic growth and reducing poverty. This program will provide critical budgetary support to Lagos State to help the government continue key reforms in budgetary planning, execution, and improving the business climate,” she said.

The program the World Bank said supports a number of specific measures that aim to increase the returns to budgetary resources in Lagos State, including the implementation of progressive new Procurement and Audit laws, a stronger link of planned budgetary allocations with development priorities, and the rollout of a computerized system that will allow more efficient and transparent financial management.

The operation also supports key reforms for the investment climate, particularly in land registration, as well as greater capacity in Lagos State to monitor financial risks.

“The achievements of Lagos have inspired and boosted the hopes of other States that have initiated similar programs leading to knowledge sharing among them. The program is designed to support Lagos State in its endeavour to sustain its accomplishments,” said John Litwack, Program Task Team Leader and Lead Economist at the World Bank.