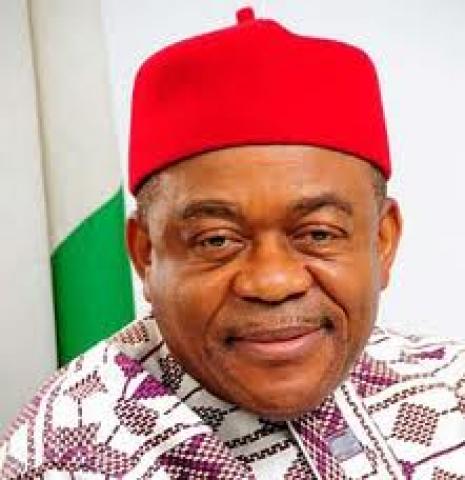 Gov Theodore Orji of Abia has expressed worry over the long list of governorship aspirants from Ukwa/Ngwa area for next year’s general elections.

Orji who spoke on Saturday in Umuahia at the Ngwa Patriots’ Forum, said there were at least five aspirants from each of the nine local government areas in Ukwa/Ngwa area.

The theme of the summit was: “Appreciating the man that will make history: Gov. Theodore Orji and Ngwa nation in 2015”.

The governor was represented at the summit by his deputy, Emeka Ananaba, who hails from the area.

Orji had reiterated that his successor must be from Ukwa/Ngwa to ensure equity, justice and fairness in the state

Orji further envisaged that more people from the area based abroad would also swell the number as the election approaches.

He charged each of the aspirants to evaluate his or her prospect of winning the election before making formal declaration.

“People always know the examination they would pass and the one they would fail”, he said.

According to him, the large number of the aspirants will only swell the purse of the Peoples Democratic Party, with the payment of a N10 million non-refundable fee by each aspirant.

The President of the forum, Mr Okey Ahaiwe, said that the group chose to honour the governor “for his achievements in the enthronement of good governance”.

He added that the honour was for Orji’s restoration of unity, peace and security in the state.

Ahaiwe pledged the readiness of the forum to collaborate with other groups in the state to ensure Ukwa/Ngwa produce the next governor of Abia.