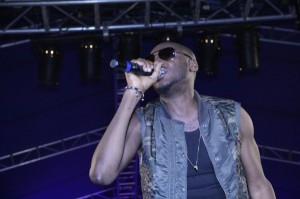 Nigerian superstar music icon has come out to urge people to stop the rumours.

At the Star Music Trek concert which held recently in Orlu, Imo on Saturday 26th April 2014, the Nigerian music star spoke on stage about reports that his song “Only Me” was directed at Chelsea football star Mikel Obi.

It was reported that the ‘African queen’ crooner tried greeting Mikel Obi at an event, but was ignored completely; after the song was released, insiders went on to say it was his way of hitting back at Mikel.