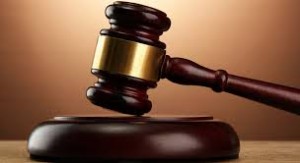 A 49-year-old pastor, Friday Arthur, was on Friday charged before an Igbosere Magistrates’ Court in Lagos for allegedly defiling two under-aged sisters (names withheld) aged 10 and 11.

Arthur, a Beninoise, who resides at No. 856, Ikota Housing Estate, Lekki, Lagos, is facing a charge of defilement.

The Prosecutor, Sgt. Victor Eruada, told the court that Arthur committed the offence between March 28 and April 6 at the Ikota Housing Estate, Lekki, Lagos.

Eruada said that the pastor, had at various occasions, lured the minors into his room and defiled them.

He said that the offence violated Section 137 of the Criminal Law of Lagos State, 2011.

Section 137 prescribes life imprisonment for anyone convicted of the offence of defiling a child.

The News Agency of Nigeria (NAN) reports that the victims and their female guardian were in court.

The Magistrate, Mrs Linda Balogun, granted the pastor N500,000 bail with two sureties in like sum and adjourned the case till May 27 for trial. [NAN]