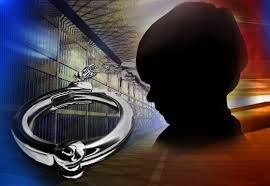 That kid is auto control!

A 9-year-old boy in Miami Gardens, Fla., is facing charges of grand theft and aggravated battery after allegedly stealing his mom’s car.

The incident took place Tuesday morning when the boy, whose name has not been released, got into a fight with his mother and grandmother because he didn’t want to go to school.

He threw a brick and rocks at the women before starting the alleged joy ride, according to police spokesman Michael Wright.

“He took his mom’s keys,” Wright told the Miami Herald. “He didn’t want to go to school today.”

The kid drove around despite being barely able to see over the steering wheel, Newser reports.

Police pulled over the boy about 45 minutes into the alleged wild ride.

There wasn’t any reported damage from his driving, but the boy was arrested and charged with aggravated assault and grand theft auto, according to the Associated Press.

However, Local10.com reports that due to the boy’s age and the fact the joy ride stemmed from a domestic dispute, the State Attorney General may be considering a child service program rather than the criminal justice system.