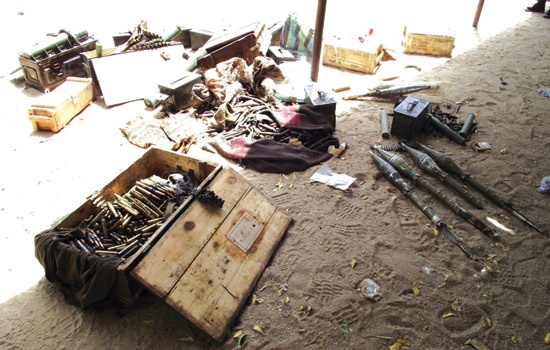 A Yoruba socio-political group, the Afenifere Renewal Group, ARG, has issued a warning to insurgents against carrying out any attack on Yoruba soil, saying any such attempt would be considered as an act of war.

In a statement signed by its National Chairman, Olawale Oshun, on Monday, the group said that although they are a peace-loving people, the Yoruba would not sit back and watch if they were attacked.

Reacting to the recent video the Boko Haram group released to the AFP wherein they claimed to be “in your city and you don’t know where we are”, Oshun enjoined residents of the South-West to be vigilant always.

In the 28-minute video, the Boko Haram leader, Abubakar Shekau, claimed responsibility for the Nyanya explosion in Abuja that killed, at least 75 people, and threatened “more imminent attacks” across the country.

“ARG is calling on all the residents in the South West of Nigeria to take this threat very seriously, and be vigilant. We call on the residents to report to security agencies, monarchs, traditional leaders and the offices of the governors any suspicious movement of men and materials that come to their notice”, said Mr. Oshun.

“ARG wishes to alert the traditional institutions, from the highly revered monarchs to the Baales (the village heads) and Mogajis (Clan Heads), to their responsibility towards their subjects in this dire time”, he added.

The ARG chairman said that Yoruba leaders at every level would be held accountable if they allow strangers to over-run their domains.

“The time for the traditional institutions to become active and responsive as the guardian of our values is now. The kings and village heads should be ready to accept responsibility for any security failure in their domain, and we dare say that being urban should be no excuse”, Mr. Oshun warned.

“Overall, ARG would like to warn that being visited with a terror attack would amount to a declaration of war on the peace loving people of Yorubaland, in as much as the Yoruba people have always been peaceful and are not, whether directly or indirectly, complicit in the collapse of development and security – factors which have been labelled as responsible for the rise of terrorism.

“We need to add that the Yoruba people will neither fold their arms if attacked and will be forced to respond in whatever shape or form deemed fit”, he concluded.