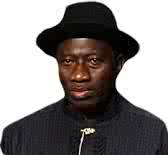 Just like many Nigerians who reacted to the news of Nigeria becoming Africa’s largest economy, President Goodluck Jonathan has said he will not celebrate the recent feat of the country, now 26th in the world.

He said, although, the feat calls for celebration but he will not roll out the drums because “too many of our citizens (are) living in poverty”.

Special Assistant to the President on New Media, Reno Omokri (@renoomokri) also tweet excerpts from the message shared by Goodluck Jonathan on facebook.

It will be recalled that Nigeria’s nominal Gross Domestic Product, GDP, now stands at $509.9 billion, making the nation’s economy the largest in Africa and the 26th in the world.

The Full text of the message reads:

Yesterday, our Gross Domestic Product was rebased to give an accurate picture of where we are as a nation.

This feat is a collective achievement of all Nigerians particularly when you take into account the fact that our Per Capita Income had increased by over 60% from $1091 in 2009 to $1700 in 2013, prior to the rebasing.

While this calls for celebration, I personally cannot celebrate until all Nigerians can feel the positive impact of our growth. There are still too many of our citizens living in poverty.

Three years ago, I was asked to define Transformation and I said “Transformation in my view simply means taking what you have and making the best of it and in so doing produce results that can bring about a paradigm shift”.

That positive paradigm shift, as occurred yesterday, is still a work in progress.

Regardless of our present challenges, our place as a nation at the table of greatness is assured. GEJ.