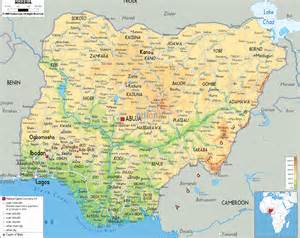 The World Bank, yesterday, reacted to the $510 billion Gross Domestic Product, GDP, announced by the Federal Government on Sunday, which made gives it a new status as Africa’s largest economy and 26th largest in the world.

The World Bank challenged the government to ensure that the figure translates to better living standards among Nigerians.

“What matters is the per capital and what matters is how well our individuals are doing. I think the rebasing is great, at least we have a good sense of how large that economy is.

“Also, it is the most populous country in the region and it is fantastic we have this done but going forward, what matters and very important to everybody is productivity to generate other indicators,” said Mr Francisco Ferreira, Chief Economist of the global bank at a press briefing in Abuja on the Economic Outlook Report on Africa.

According to Ferreira, the World Bank welcomed the new GDP figures and the organization is optimistic of increased Foreign Direct Investment, FDI, into the Nigerian economy.

He, however, cautioned that mere GDP figures in themselves were not enough to attract foreign investors and that the Federal Government must ensure a conducive environment capable of ensuring high returns on investments.

The Chief Economist also noted that the fact that the Nigerian economy has overtaken that of South Africa in size was nothing for the latter to worry about.

“I don’t think South Africa should worry about the recent development, if they want to worry, they can worry about labour situation, strikes and other issues, those things make South Africa less attractive. The Fact that Nigeria is largest economy is nothing to worry about.”

Ms. Punam Chuhan Pole, Team Leader, Africa’s Pulse Team disclosed that economic growth in Sub-Saharan Africa, SSA, continued to rise from 4.7 per cent in 2013 to a forecasted 5.2 per cent in 2014. This performance, she said was boosted by rising investment in natural resources and infrastructure, and strong household spending.