One of the leading airlines in the United Stated, US Airways, had to apologize after an extremely graphic picture of a woman with a model Boeing 777 inserted in her private part was tweeted to a customer who complained about her spoilt holiday because of the delayed flight. 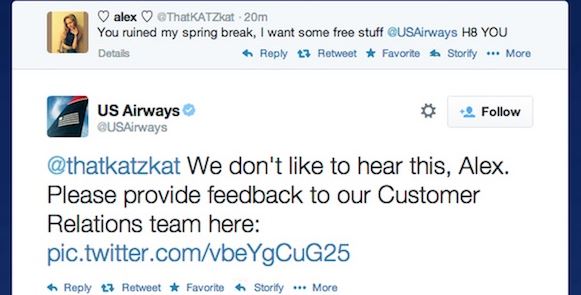 The airline got even more embarrassed once it realized that the pornographic picture was attached to replies about late flights forwarded to multiple customers.

The shocking image and tweet were online for around 22-minutes. But this was more than enough to spark an outrage on Twitter. It promptly deleted from the social media.

The image was apparently tweeted by mistake by a social media employee of the giant airline. The image was originally intended for US Airways partner American Airlines, but was mistakenly re-sent to appalled customers.

The US Airways has issued an apology and started an investigation.

See the image below: