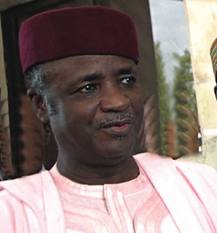 Wamakko, who did not mention the names of the governors and their states, made the statement on Saturday in Wamakko after the conduct of ward congresses in Wamakko Local Government Area.

He said that the ward congresses were held to ratify the consensus decision taken by the party’s candidates in the 23 local government areas of the state.

He said that the successful conduct of the exercise was a good beginning for the APC.

“The party will win all the elective positions at all levels during the forthcoming general elections in Nigeria”, he said.

Wamakko said that the members of the party in the local government took a unanimous decision that the adoption of the consensus arrangement was in the best interest of the party.

The chairmen of Tangaza and Silame local government areas, Alhaji Mohammed Sahabi and Alhaji Mani Katami respectively, said that the consensus arrangement would help to solidify the APC.

The duo, who spoke to newsmen in Gidan-Madi and Silame respectively, expressed satisfaction with the peaceful conduct of the exercise.

The Chairman, Ward Congress Committee, Alhaji Muhammad Dan-Ango, said the exercise was concluded peacefully in the 244 electoral wards in the state. (NAN)