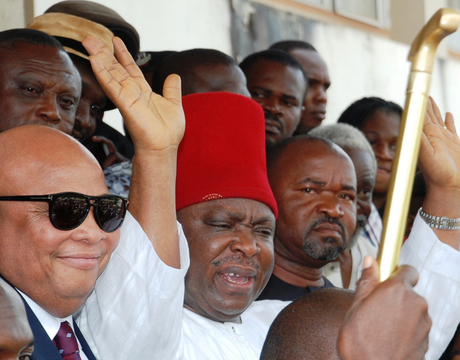 The stay of execution application sought by Chief Victor Umeh of the All Progressives Grand Alliance (APGA) was on Monday dismissed by an Abuja Federal High Court.

It would be recalled that the court had earlier this year sacked the Umeh-led exco and dissolved the APGA faction led by him.

Consequently Umeh appealed against the decision and urged the court to stay the execution of the judgment pending his appeal.

The judge had also noted that Umeh and his faction were elected by voice affirmation instead of secret balloting as enshrined in APGA’s constitution.

This, he said, had invalidated their emergence as valid national officers of the party.

Meanwhile the Court of Appeal has fixed April 29 for hearing in the appeal challenging the lower court’s jurisdiction to entertain the suit.