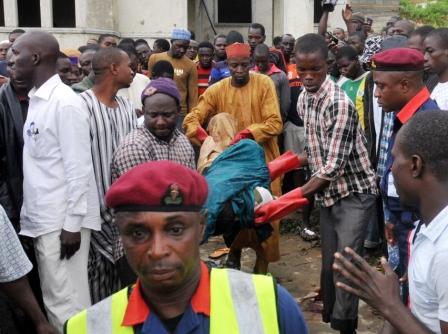 Human rights lawyer, Mr. Bamidele Aturu, has hailed the National Human Rights Commission for its report on public hearing which indicted the Nigerian Army and the State Security Service in the killing of eight innocent Nigerians in Apo District, Abuja.

In a statement issued on Sunday, Aturu said that the ability of a government institution like the NHRC to criticise and indict other government agencies such as the army and the SSS was commendable.

The commission said that the security agencies’ joint operation in an uncompleted building in the Apo district of Abuja on September 20, 2013, did not respect the victims’ right to live as they were killed extra-judicially, contrary to the claim by the army and SSS that they were shot and killed in self-defence.

He said, “I salute the courage of all the members of the Governing Council of the Commission, its Executive Secretary and other staff for giving us something to cheer under this administration.

“Honestly, one is pleased that we can see a government agency speak truth to government. We can only hope that they will move their searchlight into other dark alleys of government human rights practice in Nigeria”.

The NHRC had indicted the government agencies and also awarded N135m in favour of the families of the deceased and the survivors.

Aturu said the decision of the NHRC was bold, well-reasoned and fair, adding that what the commission did used to be unthinkable.

“The commission has shown by its bold, well-reasoned and fair decision that what we need in Nigeria is a combination of independent institutions and independent but patriotic and competent persons to run the institutions”, he stated.

The Lagos lawyer also warned government against taking any action against the commission or members of its governing council because of the report.

“One is also cautiously enthused that Nigerian political authorities did not dismiss the decision as the handiwork of the opposition. If the silence from them is as a result of a sober realization that security agencies went overboard in the irresponsible way they falsely labelled the deceased as Boko Haram and wickedly cut off their lives, then we can only encourage them to continue in that path of honour.

“However, if they were just too dazed that a government agency had the liver to criticize and embarrass them and are then waiting for the right time to strike, then it would mean they do not know the immeasurable good that the decision of the Commission has done for the government. Serious governments need responsible Commissions to whip overzealous security agents into line from time to time”.