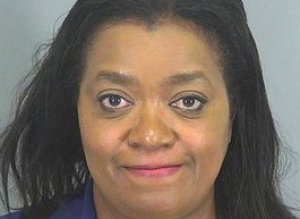 A mom is accused of playing an April fool’s joke that got out of hand very quickly.

Angela Timmons, 54, an employee at Virginia College in Greenville, S.C. allegedly sent her daughter a text that said, “could hear gun shots being fired inside the school.”

A sheriff’s deputies report obtained and posted by The Smoking Gun said that when Timmons’ daughter got the text, she called 911.

MyFox Philly has audio (which can be heard above) of the call.

“My mother works at Virginia College and she just called me saying that they’re hiding in a file cabinet office because there are gunshots on campus,” April Timmons told the dispatcher.

When deputies arrived at the scene, they found nothing unusual. But through the course of their investigation, they say they discovered Angela Timmons was responsible.

Spartanburg County Sheriff Chuck Wright said he was not amused.

“I’m not very happy about this. I don’t mind letting you know about it,” Wright told WYFF. “That is not a good April Fool’s joke. We got deputies that drove very quickly to get over here, without regard for their own life. They go into that school expecting the worst. It just wasn’t funny.”

Timmons, who allegedly told police she’d played this type of practical joke before, was arrested and charged with aggravated breach of peace and disturbing a school.