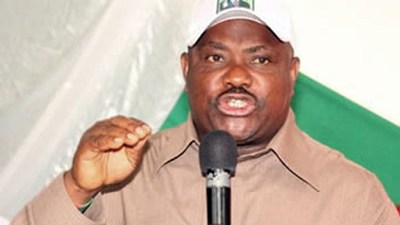 The planned ‘massive protest’ by the Academic Staff Union of Polytechnics (ASUP) slated to hold next week in Abuja to attract Federal Government’s attention to the plight of polytechnic lecturers, who have been on strike for over six months, has been described by the Supervising Minister of Education, Nyesom Wike, as a mere propaganda that is not in the interest of polytechnic students.

The Special Assistant to the minister on Media, Simeon Nwakaudu, said  over 90% of the demands of the polytechnic lecturers have been met, adding that the only unresolved area is the salary arrears which the Federal Government is offering to pay in two instalments.

The media aide noted that the Minister of Labour and Productivity, Emeka Worgu, had briefed Wike on the next line of action after a meeting with the striking polytechnic lecturers.

But the ASUP President, Chibuzor Asomugha, debunked the claim by Mr. Wike that about 90% of the lecturers’ demands had been met, saying it was a “delibrate denial of reality” and mixing up of facts.

According to Asomugha, the mass protest he had earlier announced was open to all that want to join to draw Federal Government’s attention to the lingering ASUP strike.

“The planned protest will involve market women, students, lecturers and labour unions, who are all concerned with how the Federal Government is treating polytechnic education in Nigeria”, Mr Asomugha was quoted as saying on a radio program, Political Platform, on Ray Power FM, Friday.

He, however, stressed that the take-off point and time of the protest will be announced close to the commencement of the protest for security reasons.