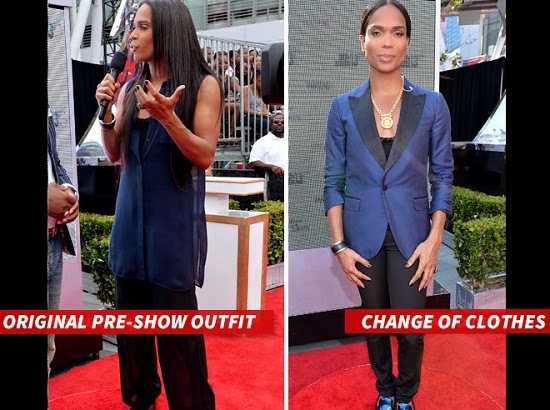 B.Scott made headlines last year when he filed a lawsuit against BET that it was discriminatory of them not to have allowed him wear his female clothes when they forced him to change into men’s clothes while he worked with them during 2013 BET awards for their red carpet.
But the judge in the case has ruled in the network’s favour and dismissed the lawsuit claiming BET could run its show the way it wants, which also includes ordering Scott to change from women’s to men’s clothes, because it was their show. Continue after the cut.
A sad Scott told TMZ that he is heartbroken and the message sent out by the judge was not fair because it means it’s acceptable to be discriminated.
“It disheartens me that the message sent today wasn’t a message of acceptance, but rather it’s acceptable to discriminate against transgender individuals on the basis of their gender identity and expression”, Scott told TMZ. Meanwhile, Scott’s attorney plans to appeal the decision.
But do you think BET was right to have ordered him to change into men’s clothes from what he was wearing knowing fully well who he is?