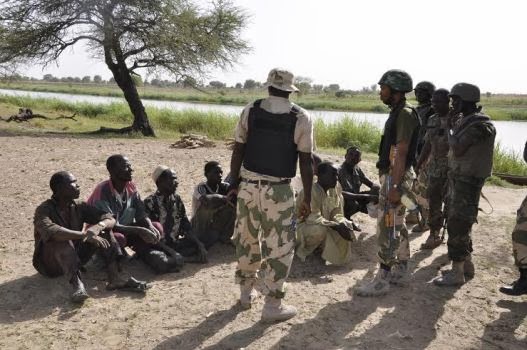 The Borno State Deputy Governor, Alhaji Zannah Mustapha, on Tuesday urged the military to redouble efforts in ending the Boko Haram menace for peace to reign in the country.

Mustapha gave the advice at a ceremony to commemorate the 50th anniversary of the Nigerian Air Force (NAF) in Maiduguri.

Mustapha expressed gratitude to the military for the efforts in maintaining peace in the state, in spite of numerous suspected insurgent attacks in the area.

“We commend the role of the military in fighting the Boko Haram insurgency.

“Your presence has made us to remain in the state.

“Everybody will (sic) have fled if not for your presence.

“However, we will be happier if you can mobilise, uproot them and end the whole operation in the next two or three weeks, so that peace will return”, he said.

The deputy governor, who represented Governor Kashim Shettima at the event, also lauded the role of NAF in the military operations in the state.

“NAF has been providing tactical support in military operations against the insurgents which has led to many successes”.

He further assured that the state government would continue to provide necessary support to the military to enable it successfully carry out its mandate.

In his remarks, the Commander, NAF 79 Composite Group, Maiduguri, Air Commodore Nurudeen Balogun, expressed gratitude to the state government for its continued support.