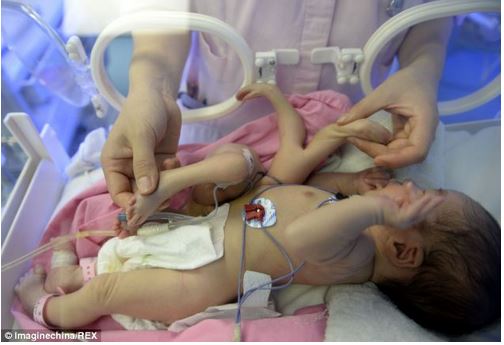 Commenting on the case, doctors said the 13-day-old boy had to undergo the operation, because he was born joined to a headless parasitic twin that has already been removed.

The parasitic fetus weighed 0.6kg. Now the operated baby is in stable condition.

The boy’s father Mr Chen said he had taken his son to many hospitals near his home, but  in none of them doctors could explain the reasons for his deformity.

He however blamed himself, saying he didn’t pay enough attention to his pregnant wife because of working all day long.