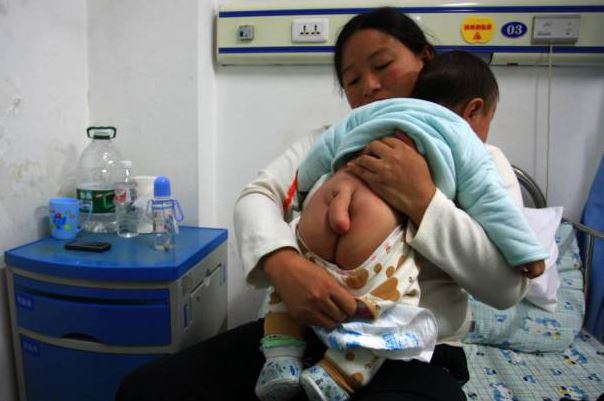 A devastated mother has begged doctors to perform surgery after her baby grew a five-inch tail.

Five-month-old Nuo Nuo was born with spina bifida, a developmental congenital disorder which leaves a gap in the spine. Within days of his birth his distraught mother noticed a tail beginning to grow and now the child has a very apparent growth.

Fearing for the future of her son, Nuo Nuo’s mother has urged surgeons in Changsha, China, to find a way to remove it.

But they have so far said there is nothing they can do for the child as the tail is connected to his nervous system and removing it will leave permanent damage.

The disorder occurs in 1 in every 1000 births worldwide, but a growth of this severity is rare.