Lagos State based prophet Alphonsus Ezie has been remanded in prison over the alleged defrauding of his church members by means of the false prophecy. 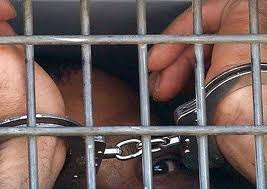 The 56-year-old cleric of the Celestial Church of Christ, Igando District, told the congregation that he saw many of them traveling abroad. Thus, he urged people to get international passports and visas not to miss the great journey.

Several months later the victims lamented that the prophet lied so that they obtained travel documents from the prophet’s friend, Kayode Samuel, which they did.

When the prophecy didn’t come true, they reported the case to the police and Ezie was arrested.

The arraigned prophet confirmed the incident, putting a blame on his friend Samuel. However, both men pleaded not guilty to the crime.