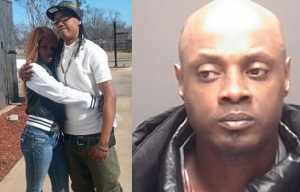 James Larry Cosby, 46, has been charged with two counts of tampering with evidence in connection with the deaths of his daughter Brittney Cosby and her girlfriend, Crystal Jackson, both 24, reports KHOU.com.

The two Houston women’s bodies were discovered behind a dumpster by a deliveryman last week and authorities have been searching for their killers.

Deputies said Britney Cosby died from blunt force trauma and Jackson was shot to death. They were both only 24 years old.

Investigators initially went to question the 46-year-old father after a candlelight vigil held in the victims’ honor. Their suspicions grew after that.

“Anytime you have a crime like this you want to talk to the family, co-workers, friends to gain any information you can and, during that interview, pretty much it became an investigation,” Galveston County Sheriff Henry Trochesset said. “When we went to the residence to talk to him, some of the things we saw there, it increased and went further. We got a search warrant for the residence and our crime scene investigators were there last night, and after the event at the park, we drove him down to talk to us at the Sheriff’s Office.”

Evidence suggested the women may have been killed at the Houston home before their bodies were dumped in Bolivar. Detectives said they found Crosby’s thumbprint at the crime scene in Bolivar.

“The first crime scene we determined was where they were found by the dumpsters. This is another crime scene where blood and other evidence from the crime that occurred was at his residence,” Trochesset said. “That might be the area where they may have been murdered.”

Cosby, who is not cooperating with police, is currently being held in the Galveston County Jail on a total of $500,000.00 bond.