Home News Feed D’banj: ‘I am going to make sure Don Jazzy produces my next...
Facebook
Twitter
WhatsApp

Afro pop sensation, D’Banj, has revealed that Don Jazzy will be involved in the production of his next album. 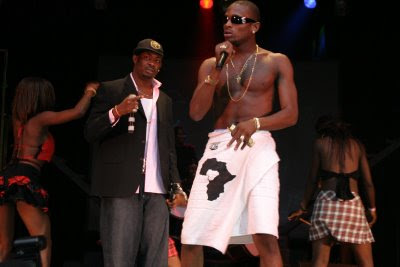 The award-winning musician disclosed this in an interview with UK radio and TV personality, Tim Westwood, recently that he is planning to do a Best of D’Banj album for his forthcoming 10th anniversary and that he is getting Don Jazzy to produce the album.

“For my 10th anniversary, I am thinking of doing a Best of D’Banj album and Don Jazzy will definitely produce it. I am going to make sure he does,” he said.

Well, I say it’s about time!