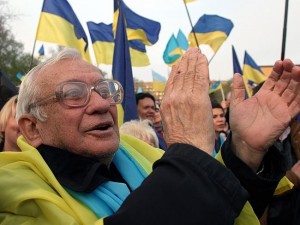 Top diplomats from the United States, European Union, Russia and Ukraine reached agreement after marathon talks on immediate steps to ease the crisis in Ukraine.

But US President Barack Obama has cautioned it’s uncertain if Moscow will stand by the agreement.

Reached after seven hours of negotiation, the agreement laid out concrete steps to “restore security for all citizens” and crucially urged “all illegal armed groups” to disarm and vacate “seized buildings”.

While not spelt out explicitly, that was a likely reference to pro-Kremlin separatists who have taken over parts of Ukraine’s restive southeast.

The agreement puts on hold — for now at least — additional economic sanctions the West had prepared to impose on Russia if the talks were fruitless.

That will ease international pressure both on Moscow and nervous European Union nations that depend on Russia for their energy.

President Obama said he was coordinating with leaders in Europe about further sanctions against Moscow if progress was not evident within days.

“We have put in place additional consequences that we can impose on the Russians if we do not see actual improvement of the situation.”

US Secretary of State John Kerry called the deal the result of a “good day’s work” but emphasised that the words on paper must be followed by concrete actions.

He said he had warned Russian Foreign Minister Sergey Lavrov that Moscow would soon feel the brunt of new sanctions should it not follow through on its commitments under the agreement.

“It is important that these words are translated immediately into actions,” Mr Kerry said at a news briefing.

“None of us leaves here with a sense that the job is done because of words on a paper.”

He added that if Moscow does not abide by the agreement, something that would be clear in the coming days, “we will have no choice but to impose further costs on Russia.”

UN chief Ban Ki-moon said he was encouraged that the four-way talks yielded a deal, and said he expected all sides to “show their serious intention” to implement the agreement.