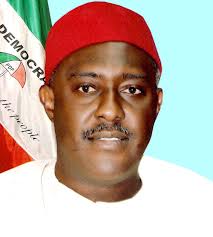 Following last Monday’s ruling by the Federal High Court (Abuja Division) which declared as unconstitutional, the defection of 37 members of the House of Representatives elected on the platform of the Peoples Democratic Party (PDP) to the All Progressives Congress, APC, the PDP leadership will on Wednesday decide whether or not, it will insist on the removal of the lawmakers.

The PDP National Publicity Secretary, Chief Olisah Metuh, stated this in a telephone interview with a PUNCH reporter in Abuja while reacting to the court ruling.

Justice Adeniyi Ademola, who delivered judgment on a suit filed by the PDP against the defected lawmakers, stated that since their action was illegal, they could not validly function as members of the House.

He had also ruled that the lawmakers were not competent to sponsor or contribute to any motion calling for a change in the leadership of the House, including the election of its principal officers.

Speaking on the purported move to declare the 37 lawmakers’ seats vacant, the PDP spokesperson said the ruling party had not discussed the judgment.

He stated, “We have not discussed it at the NWC (the National Working Committee). We will discuss the judgment on Wednesday.  We are law-abiding citizens; we will study the judgment and understand what it says”.

He also lampooned the APC for what he called the harassment of the judiciary as well as hostility against democratic institutions in the country.

Metuh stated, “What we have witnessed is the systematic harassment and intimidation of the judiciary. We are raising the alarm about the threat and declaration of hostility against democratic institutions by the APC”.

He added that the main opposition party was in the habit of condemning any judgment that was not in its favour.