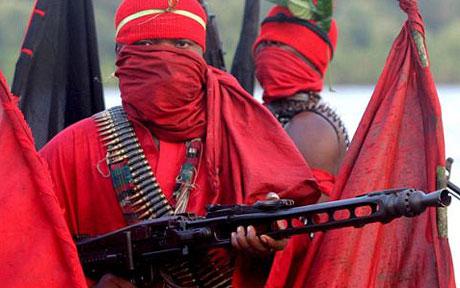 Curiously, the militant group in a statement signed by its Spokesman, Gbomo Jomo, alleged that ransom of N500million was shared by persons involved in the purported kidnap, which it labelled a scam.

It was widely reported that the kidnappers had demanded ransom of N60 million to secure the release of the elder statesman’s son even though the police claimed no money was paid.

But MEND noted that the ransom was paid by the Delta State Government from its security vote, insisting that Ebikeme stage-managed his abduction and went further to accuse the Delta Police Command of misleading the public on its claim that no ransom was paid.

The statement said: “The Movement for the Emancipation of the Niger Delta (MEND) has confirmed that the kidnap of Mr Ebikeme Clark, the son of Chief E.K Clark, was actually a clever orchestrated fraud masterminded by Ebikeme who stage-managed his own abduction.

“A ransom of 500Million Naira was paid by the Delta State Government from its security vote and was shared amongst all those involved in this scam.

“Mr Ebikeme is following in the footsteps of his father where the Senior Clark is amongst those that hatched the fraudulent Niger Delta Amnesty Programme which has only made billionaires of a few thugs and him, at the detriment of millions of impoverished indigenes and the peace and security in the region.

“It is rather unfortunate that in a desperate bid for relevance and extra funds to maintain a private jet, certain unscrupulous persons, including the Delta State Police will conspire to deceive Nigerians with a phantom abduction, release of the so-called hostage, influence over kidnapers and arrest of suspects and denying the payment of a ransom which has already been shared”, MEND said.