Home National News Odd News Dog Appears in Court To Give Evidence at A Murder Trial in...
Facebook
Twitter
WhatsApp 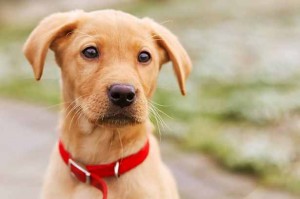 A dog has been called to give evidence at a murder trial in France.

Tango the labrador was put on the witness stand to help discover who killed his owner at the hearing in Tours, western France.

The suspect was ordered to threaten the nine-year-old canine with a bat to see how it reacted.

A second labrador was also called in to face the same experiment to compare the reactions of the two animals.

Both dogs are said to have ‘flinched noticeably’, when the bat was raised at them.

But defence lawyer Georges Lafarge tried to have the animal evidence ruled as inadmissible.

He said later on RTL radio: “This kind of experiment sets a dangerous precedent and is quite unfair on my client.

“So if Tango lifted his right paw, moved his mouth or his tail, is he recognising my client or not? I find it very troubling for the French legal system.

“If a judge ignores the demands of reason and surrounds himself with experts who are unreasonable, the system becomes very dangerous.”

The trial is expected to last another week.

Six years ago, a dog named Scooby became the first canine in France to give evidence in court.

The animal’s 59-year-old owner had been found hanging from the ceiling of her Paris flat, and the dog was the only witness.

The woman’s family were convinced the woman was murdered and their lawyer convinced the judge to see how the dog reacted to the suspect.

The animal is said to have ‘barked noisily’.