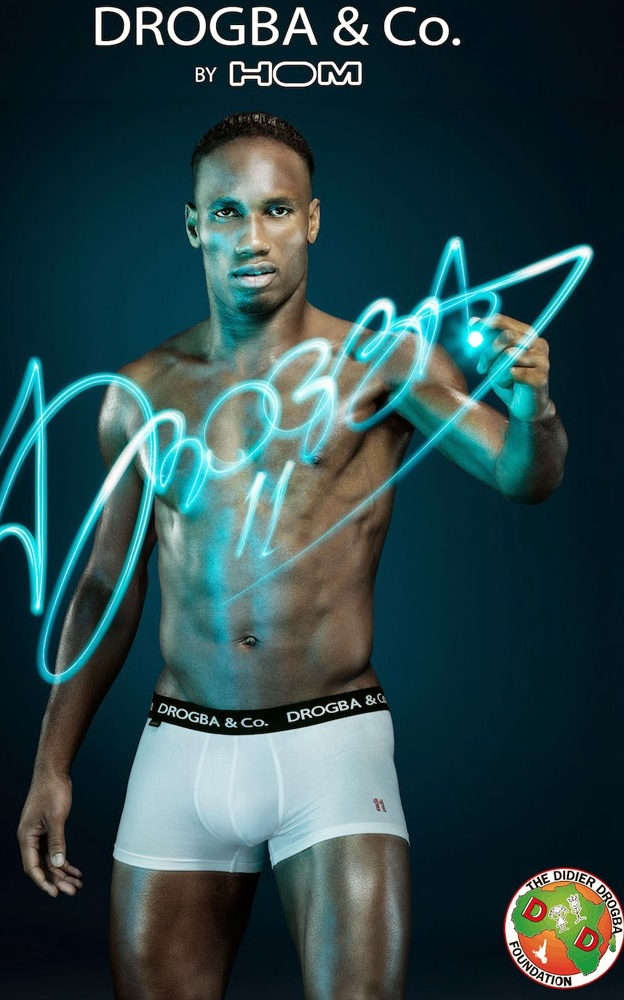 Former Chelsea Player, Drogba in a recent press statement announced the launch of his underwear line. He said:

David Beckhamis also known for his numerous underwear photo shoots and adverts. He was also Named ‘Underwear Model of the Century’ by Tommy Hilfiger…

Who do u think rocked the underwear better???.