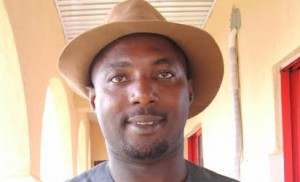 Delta State Commissioner of Police, Mr. Ikechukwu Aduba, however, told Saturday Vanguard that the police have arrested three of the suspected kidnappers and were inching closer to their hideout, warning that no ransom should be paid.

According to him, one of the suspects confessed that he participated in the “planning stage of the kidnap,” adding that the police were working with ex-militant leader, Government Ekpemupolo, alias Tompolo and other Ijaw groups to track down the kidnappers.

Aduba said the kidnap was carried out by Ijaw kinsmen of Edwin Clark and the police would burst the syndicate.

Elder statesman, Chief Clark was said to have briefed President Goodluck Jonathan, the governor of Delta state, Dr. Emmanuel Uduaghan and Mr. Aduba on the incident.

It was gathered that he called the Commissioner of Police on Wednesday when his son was kidnapped and had been calling him frequently since then with Mr. Aduba assuring him that the police were doing everything possible to secure the release of his son.

“In their usual manner, the kidnappers demanded for ransom. We were informed it is within the region of N50 million,” he added.

But, there was a clear indication yesterday, that abductors may not have their way in the ransom demand, as the police, collaborating with ex-militant leaders were hot on their pursuit.

Commissioner Aduba told Saturday Vanguard unofficially where the police suspected the kidnappers were hibernating and the rescue efforts, but pointed out, “They are not for publication.”

Our independent investigation, however, showed the kidnappers were hiding somewhere in the creeks between Delta and Bayelsa states.

IYC spokesman, Mr. Eric Omare, told Saturday Vanguard, yesterday, “The IYC has mandated its officials in the riverine clans of Oporomor, Seimbiri, Ingbelebiri and Mein in Bayelsa and Delta States to swing into action and fish out the kidnappers of Mr. Ebikeme Clark, son of Ijaw National Leader and Former Federal Commissioner for Information, Chief E. K. Clark. IYC, investigation so far is to the effect that the kidnappers hideout may be somewhere in the creeks around Delta and Bayelsa States close to the coast, that is the communities near the sea though from experience kidnappers are never stationed in one place as they move from one place to the other to avoid been caught.

“To this extent, all the Ijaw communities and community leaders in the communities close to the coastal parts of Delta and Bayelsa States have been contacted to form rescue team to comb all the creeks, towns and villages in a bid to free Mr. Ebikeme Clark without delay. The Ijaw people and communities are totally against kidnapping, sea piracy and other social vices.

“Also, some Ex-Niger Delta freedom fighters have volunteered to join forces with the IYC and security agencies to effect the release of Mr. Ebikeme Clark. While we appreciate the pains the Clark family may be going through, the IYC reiterate its position that ransom should not be paid to kidnappers. This is another case of commercial kidnapping; hence payment of ransom must be discouraged,” he said.

His words, “This incident coming shortly after the kidnap of the foster father of the President Jonathan and the relative of a Bayelsa State Commissioner has brought to the fore the need for all stakeholders in the Niger Delta to take drastic steps against kidnapping, sea piracy, oil theft and other social vices.”

“While condemning these vices, we wish to state that there is a direct nexus between these crimes and the economic situation of our people. Therefore, the IYC hereby call on multinational oil companies and state governments whose revenue has increased as a result of cessation of militancy in the Niger Delta region to perform their role of creating/providing jobs in the post amnesty era,” he added.

He asserted, “The concept of the Federal Government amnesty programme in the Niger Delta was for the federal government to mainly take care of the training while the oil companies and state governments are supposed to mainly handle the area of creation and provision of jobs. The IYC believes that creation of job opportunities is the long term solution to these social vices.”

Omare said, “The IYC would come up with its anti -kidnapping and anti- sea piracy strategy after the all Ijaw youths summit to be hosted by the Bayelsa state government on how to fight sea piracy, kidnapping, oil theft and other social vices.” [Vanguard]