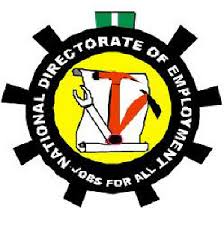 The Economic and Financial Crimes Commission (EFCC) has entered into a partnership with the National Directorate for Employment (NDE) as part of efforts to increase public enlightenment and education in the anti-corruption campaign in Nigeria.

The Executive Chairman of the commission, Mr. Ibrahim Lamorde, while speaking during a sensitisation programme for the NDE in Abuja recently, said the EFCC is working to also prevent commission of economic crimes.

The strategy, which has informed similar campaigns with Nigeria Customs Service, National Airspace Management Agency, Nigeria Liquefied Gas, and other agencies, is a cheaper option to fighting the crime itself, he said.

Lamorde, who was represented by the Director, Public Affairs of the EFCC, Mr. Wilson Nwujarien, added that the strategy encourages workers to see themselves as part of the anti-corruption fight.

“The cankerworm of corruption feeds fat on poverty, ignorance, unemployment and fear of the unknown. These are subordinate monsters that the NDE is uniquely placed and empowered to deal with. That is why EFCC considers you a key partner in the war against corruption,” he said.

The Director General of the NDE, Mallam Abubakar Mohammed, in his address emphasised that the major obstacle to the development of any nation is corruption.

Mohammed, who was represented by the Director of Rural Employment Promotion, Mr. Kunle Obayan, lamented that at some point in history, Nigeria was branded by the international community and some civil societies as one of the most corrupt nations in the world. He called on Nigerians to be major players in the transformation of the country. [Thisday]