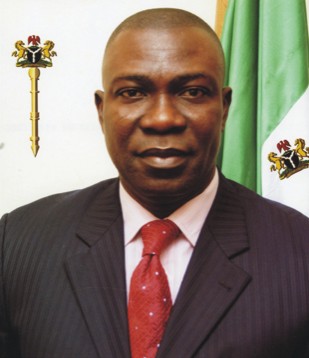 The political rivalry existing between the Enugu State Governor, Sullivan Chime and Deputy Senate President, Senator Ike Ekweremadu was renewed yesterday with the threat yesterday by the state government to prosecute Ekweremadu over alleged false claims that he was conferred with a chieftaincy title by Oduma Council of Traditional Rulers, last week.

The state government cited Section 19 of the Traditional Rulers Law, Cap 151 of the Revised Laws of Enugu State, 2004, which prescribed two years jail for anybody who falsely “holds himself out, portrays or allows himself to be portrayed or addresses other persons; or himself as a recognized chief of any town or community”.

State Commissioner for Chieftaincy Matters, Pastor Emeka Abugu, who made this known in a statement, said, “No traditional ruler in Oduma conferred chieftaincy titles on Ekweremadu and others”.

A section of the media had reported that Oduma in Aninri Local Government Area of the state honoured the deputy senate president, who hails from Enugu State, with a chieftaincy title for facilitating the construction of the N12 billion Nenwe-Oduma-Uburu Road, in spite of an earlier directive banning the conferment of chieftaincy titles on individuals by the state government.

Abugu’s statement read: “I have read with utter dismay some recent newspaper stories and published photographs which tended to create the erroneous impression that the traditional rulers in Oduma land in Aninri Local Government Area of Enugu State conferred chieftaincy titles on Senator Ike Ekweremadu and others on Saturday, April 19, 2014.

“Ordinarily, one would have ignored such deliberate dissemination of misinformation, especially since truth is always constant and has no meeting point with lies. I am, however, constrained to put the records straight in order to save the concerned royal fathers from any unwarranted ridicule, especially from their unsuspecting subjects and the general public, who might believe the sponsored false media reports.

“The simple truth is that none of the traditional rulers from the eight communities that constitute Oduma or from any other part of Enugu State, conferred any chieftaincy title on either Senator Ekweremadu and/or others on the said April 19, 2014.

“This is an incontrovertible fact that can also be verified. Therefore, I challenge anybody with contrary fact to prove me wrong.

“It is on record that none of these royal fathers attended this gathering of a handful of friends who came for the ill-fated ceremony”, the statement said.