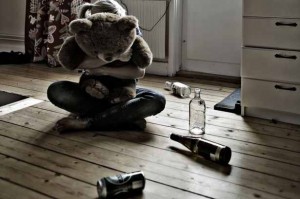 Children as young as four are being treated for drug and booze addiction, shock figures reveal today.

Hundreds of youngsters are referred each year, according to a survey of every local council in England, Wales, Scotland, and Northern Ireland.

And more than half the under 13s who needed help were treated for cannabis problems.

Andrew Brown, director of programmes at charity Mentor UK, admitted he was shocked by the findings.

He said: “We think it is vital that alcohol and drug education improves.

“Our own survey of teachers suggests that at the moment delivery is inconsistent, and that the norm is to timetable only one or two sessions a year.

“This may sound sufficient, but evidence would suggest that longer programmes that systematically build skills and values are much more likely to prevent young people from coming to harm than one-off lessons.”

Experts say the most common cause of children coming into contact with drugs and alcohol is through their parents.

A referral can mean the child is vulnerable to drug and alcohol misuse through exposure from a parent or other relative, or could have started abusing substances themselves.

Now charity bosses are calling for an urgent shake-up in drug education in both primary and secondary schools.

There are already plans for children in Year Six to be given lessons on the dangers of drugs from September.

Some 366 children aged 12 or under were referred for treatment in 2012/13, according to the most recent figures from Public Health England.

The new survey showed the youngest case was a four-year-old in South Ayrshire.

A number of eight-year-olds were treated in Waltham Forest and East Ayrshire, while some aged just nine were reported in Herefordshire, Liverpool, Oxfordshire, Rutland, the Scottish Borders and West Berkshire.

Almost 60% of under-13s who received treatment suffered from cannabis abuse, while about a third had problems related to alcohol and a small number were hooked on solvents.

Steve McCabe, Shadow Minister for Children and Families, said: “This would certainly tend to suggest that the Government’s current strategy towards drugs isn’t working.”

He said it highlighted the shortage of specialist treatment and the dangers of a drugs policy that is based on law enforcement issues rather than public health concerns.

Keith Vaz, chairman of the Commons Home Affairs Select Committee, added: “It’s vital that parents take responsibility and additional support is given to them in order to prevent children being exposed to drugs and alcohol in the first place.”

A Government spokeswoman said: “Both the old and the new curriculum are clear that all pupils should be taught about how drugs and other substances can be harmful.”