Harrysong Denies Reports He Said His Parents Were Siblings 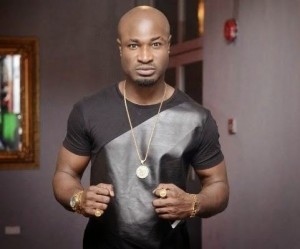 In a twist of events, Harrysong has come out to deny ever saying his parents are siblings.
One of his fans brought up the topic on Twitter, saying it was wrong for him to reveal his family’s darkest secret to the media but surprisingly the singer denied ever making such revelation.
He said: –

So did Yes magazine make up the story or is his fan’s reaction to the story getting to him? Dunno who’s lying tho…
Share
Facebook
Twitter
WhatsApp
Previous articleDencia Gets Herself A 2014 Range Rover Evogue
Next articleUNBELIEVABLE: Lupita shares baby pic day after she’s named People Most Beautiful
- Advertisement -