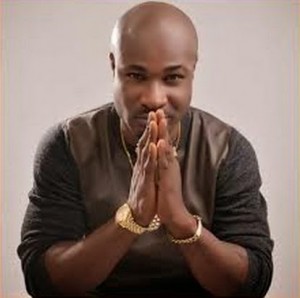 Singer and songwriter, Harrysong recently granted an interview to Vanguard in which the fast rising singer tells us about his musical career, love life, and relationship with Kcee.
When he was asked about his love life, Harrysong says he has no woman in his life:
“I believe in a good relationship and I believe in love because I know it’s a beautiful thing. But what I’m up to now is my music and my career. Also, I love my fans because I know they are the ones who made me what I am today.
Presently, I don’t have any woman in my life and I look forward to the day I will find the right woman.”
On his relationship with KCee, Harrysong says:
“Kcee is my brother and my friend, and we’ve been together for like seven to eight years now. Like I said earlier, I met him at O’jez in Surulere, when he came to watch me perform at the club . So that day, after watching me performed, they (KCPresh), sprayed money on me and encouraged me. I was a nobody before he met me. He and his friends used to come there to watch me perform .So one day, I decided to approach them and they put me through and that is how we became very close.”
He also cleared the allegations that he is trying to take Presh’s place:
“Yes, I’ve had questions like that, but I’ve been ‘Harrysong’ all this while. That I’m trying to take the place of Presh is not true, because Presh and Harrysong are two different people. By being different, I mean in terms of my music, sound, the kind of message I preach and so on. I preach love, life and unity, even my name is different, so it will never happen.’