A London-born Nigerian Hollywood star, Chiwetel Ejiofor, on Friday said he was proud to be identified as a Nigerian. 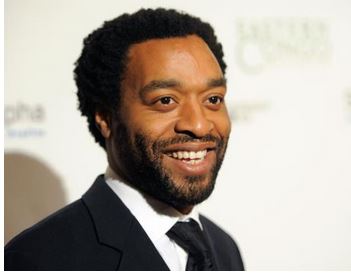 Mr. Ejiofor said this in Lagos at the premiere of a movie “Half of a Yellow Sun” based on a novel written by a Nigerian novelist, Chimamanda Adichie. He said that there was a wrong impression that he claimed not to be a Nigerian.

“During the period of publicising “Twelve Years a Slave”, I was asked where I was originally from. I suppose I was trying to give an honest answer about where I was born, and so, I said London, which is where I was born. And to me, it was a surprising reaction that people then concluded that I didn’t identify as Nigerian.

“Of course, I am Nigerian-British, but if they ask me where I was born, I can’t say Enugu, because I wasn’t born in Enugu, but, it doesn’t mean that I don’t identify as Nigerian.

“I am proud of being Nigerian that I am extraordinarily happy to be here to make this film. We wanted to make a film in Nigeria for several years, maybe 20 years. Several years we talked about making a film in Nigeria, internationalise the market, we know there is so much, there’s a handful of energy and ability in Nigeria.

“And, for those of us that were born overseas, we want to get back into all of that and try to work together and make films and internationalise what is a wonderful market community.”

Biyi Bandele, who directed “Half of a Yellow Sun” said, the movie is essentially a love story. According to him, it’s about people falling in love and the sacrifices you have to make sometimes when you are in a relationship.

“It is about a generation of Nigerians who grew up in the 1960s which is when Nigeria, along with most African countries gained independence. And, this is a generation of Africans, of Nigerians, who were so imbued with confidence, with enthusiasm, with optimism about the future of the country and Africa.”