A wedding guest, Michael Ijomanta, has been reported to have lost an eye after a policeman, Christopher Kelly, allegedly hurled a glass into his face from three feet during a wedding ceremony in the UK. 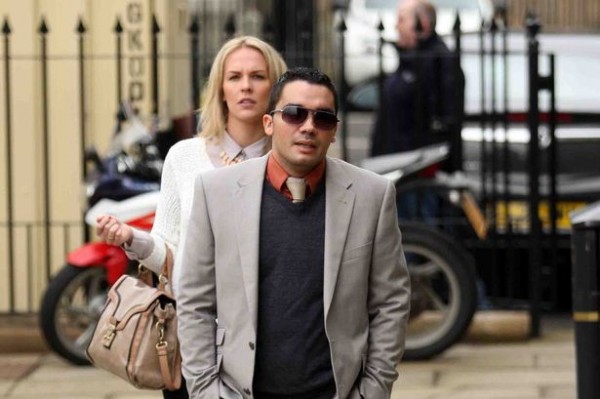 * Michael Ijomanta in court on Friday

According to reports, Kelly, 28, was told in court on Friday that he faces jail for splitting his victim’s eyeball in two.

It was gathered that Kelly was smuggled into court through a back door to plead guilty to assaulting Ijomanta to his severe injury, disfigurement and impairment.

After the hearing, he was bailed to await sentence while he was allowed to keep working after being charged.

Kelly maimed Ijomanta, 34, while off duty at a wedding reception in April last year at Crutherland House Hotel in East Kilbride, Lanarkshire.

Reports say a scuffle broke out on the dance floor, Kelly felt himself being pushed from behind, and turned and threw the glass.

Prosecutor Natalie Henderson told Hamilton Sheriff Court: “It went directly into the face of the complainer, who was standing three feet away.

“The glass shattered on impact. The complainer fell to the ground, screaming.”

Ijomanta was said to have travelled from Northamptonshire for his cousin’s wedding and was left with two shards of glass lodged in his eye. He also had cuts to his forehead, cheek and nose.

Henderson said: “A surgeon who has been working for 16 years described the injuries as among the worst he had ever seen.”

Sheriff Shiona Waldron on Friday deferred sentence until next month for reports and bailed Kelly, but warned him: “You should be in no doubt what the likely outcome of this will be.”