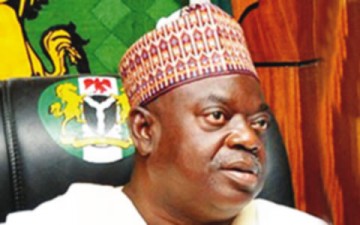 Niger State governor, Dr Mu’azu Babangida Aliyu has disclosed that he has not endorsed anybody to be his successor even as he said that pressure was being mounted on him to contest the Niger East Senatorial District seat come 2015.

Aliyu, who made this known when he received turbaned community chiefs in Minna, the state capital yesterday, said thathis deputy, Hon. Ahmed Musa Ibeto and the state Commissioner of Works, Alhaji Mohammed Muazu Bawa, have informed him of their intention to contest for the governorship position of the state but he has not given his support to either one of them.

While acknowledging that Hon. Ibeto has been a loyal deputy so far, he argued that it was not in his power to elevate him to become governor thus he has not endorsed any of the two cabinet members looking to succeed him.

He said, “I pray that someone from my cabinet would emerge as the candidate so that he can continue my work.

“We have only two people from my cabinet vying as governor but I cannot elevate anyone of them. God will do the elevation. I only pray that one of them will scale through”.

On his purported senatorial ambition, Gov. Aliyu said “I am being consulted by some PDP elders in Niger state to run for Senate but I have not yet given them my word. I leave everything to God”.

Aliyu, who has kept his next political moves close to his chest, said: “I have not yet given them my word. I leave everything to God, but I pray that 2015 should be greater than 2007 and 2011”.